The Flight To London

Well, the trip from Orlando to London proved to be anything but uneventful. The first leg of our flight was scheduled to leave from Orlando at 6:45pm, and the second leg of the flight was scheduled to leave from Atlanta at 10pm, getting us into London at 11am the following morning. We were told when we booked the flight that the processing from a domestic to an international flight would take about 45 minutes at the Atlanta airport, so we would need to get there by about 8:30 in order to get processed and get to our gate. With our flight scheduled to arrive at 8pm, that would give us about 30 minutes to spare.

We arrived at the Orlando airport with about 2 and a half hours to spare before our flight. Although the weather in Orlando was perfect, the weather in Atlanta was less than perfect. In fact it was quite stormy. Upon check-in at the Delta desk, we were informed that our flight to Atlanta would be delayed an hour. So much for our 30 minutes to spare.... This was because our flight to Atlanta was coming from Atlanta, and everything leaving Atlanta was an hour delayed due to weather. This would put us in jeopardy of making our connecting flight to London. The Delta representative said she would check us all the way through to London and we would not be required to spend 45 minutes at the Atlanta airport for the transfer from a domestic flight to an international flight. She also offered us an earlier flight to Atlanta which was scheduled to leave at 5:45, which would get us to Atlanta an hour earlier than our scheduled flight, thereby giving us extra time in Atlanta. We might even have time go get something to eat before the flight to London!

We boarded the flight to Atlanta at the scheduled time and we figured we were off to a good start. There was a standby list for the flight, so the plane would be full. The weather in Atlanta was apparently not letting up, and apparently the airport was closed for all inbound and outbound flights for a short time. This delayed our takeoff, and we sat in the plane at the gate for about an hour. At 6:40 pm (5 minutes before the scheduled takeoff of our original flight) we were finally notified that Atlanta was open again and we would be leaving. The weather for the flight was fine, but when we got near Atlanta it was apparently still raining heavily and about the time we were just northeast of Macon, we were told that we would do two or three circles to see if the weather cleared in Atlanta. The storm was moving east and was expected to move off shortly. If the weather didn't clear, we would be landing at another airport near Macon to refuel before continuing to Atlanta. We would be late getting into Atlanta since we would have to refuel, but we figured that this would be preferable to dropping out of the sky after running out of fuel. All in all, we figured that this would be just enough time in order to miss the connecting flight to London. The weather still looked fine to us from the airplane, all of the bad weather was apparently below us. After a couple of circles near Macon, we were told that the Atlanta airport was again open and the rain was moving off to the east and that we would be able to land. We began our descent into Atlanta and the weather worsened quickly. I think we were only weightless 3 times during the descent....

We finally made it into the Atlanta airport with no casualties, and arrived at the south terminal on concourse T. The south terminal has 6 concourses, in the order of T - A - B - C - D - E. Of course, our flight to London would be leaving from a gate in concourse E, so we had quite a walk. We got to the departing gate around 9:25 and we were told the flight originally scheduled to leave for London at 10pm would be about 15 minutes late leaving. We figured we had a few minutes so we went to the food court to get a bite to eat. We walked down to the food court and quickly wolfed down some food so we could get back to the gate in time to start boarding the flight. As we were walking back to our gate after getting something to eat (gate 4), we heard over the intercom that the gate had been switched to gate 5. Hmmm... Upon arrival at gate 5, we were told that the flight to London had been delayed and that it would not be leaving until 11:30. I guess we didn't have to wolf down that food after all.... When I inquired as to the status change of the flight, I was told that there was a mechanical problem with the airplane and that it wouldn't be able to make the trip. Instead, they had a flight that had left Orlando that was arriving shortly and they were going to prep that plane for the trip to London. Gee, that was the flight that we were originally scheduled to take from Orlando to Atlanta. What a coincidence.... I guess we didn't need to take that earlier flight after all.... The plane showed up at our gate around 9:30 pm and we were told that they would deplane all the passengers, refuel the plane, load the baggage, do a security sweep of the plane and we would be ready to board. This seemed to be a slightly aggressive schedule, but that's what they said. 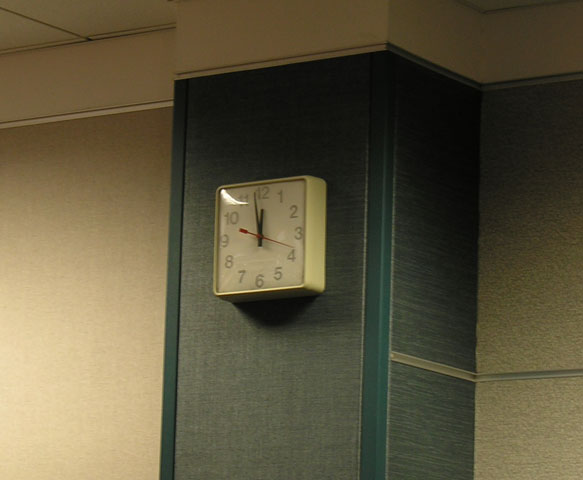 We were originally scheduled to land in London at 11am, take the Gatwick express to the Victoria Station (a 30-minute trip) and arrive at the Hotel by 1pm for check-in. Since check-in for the hotel didn't start until 2pm, I figured we would have a good chance to get a corner room, on one of the upper floors so we would have a good view of the city. That was the plan when we were supposed to leave Atlanta at 10pm. Since we were leaving at 1:30am, I figured that I'd better call the hotel and let them know that we would be later than expected and to see if they could reserve us a nice corner room. The hotel staff was very friendly and told us that we already had a room on one of the upper floors and that they would try to get us into a corner room.

Apparently, many people had missed connecting flights for the previous flight to London from Atlanta, so there was a large standby list for our plane and we were told that we would have a full flight. The plane boarded quickly, although we noticed that the flight attendants came back multiple times to check on the two seats behind us that were still empty. After waiting for about 30 minutes, the passengers finally arrived, but the weather had all of the flights delayed, so we would have to wait for clearance to head out to the runway. At about 2:30am we finally headed out to the runway for takeoff. We were 2nd on the waiting list to takeoff, so it didn't take too long and we finally were in the air and on our way to London. Finally!

Of course, once in London, we had 3 tours scheduled for Monday, Tuesday, and Wednesday that would be starting around 9am. Since London is 5 hours ahead of us, this would mean that we would have to be getting up around 2am our time each day in order to make the tours. They say that it takes about a day to recover from each our of jet lag, and we decided we didn't want to spend our vacation missing our tours because we couldn't get up that early. We decided earlier in the week that we would start going to bed and waking up an hour earlier each day so that we would be on London time before we left Lakeland. By Thursday before the flight, we had gone to bed at 7pm and were up at 2am. We had managed to get on London time before the flight!

That said, since we didn't leave Atlanta until 2:30 am, being on London time, that was the equivalent of 7:30am. By that time, we had been up for 24 hours and were ready to get some sleep on the plane. They served dinner on the flight, I think it was chicken or something else. Christy was already asleep and I was fading fast, and I decided not to have dinner and instead went to sleep. We managed to get about 5 hours of sleep on the flight. When we woke up, the flight attendants said that we were about 30 minutes from London. A quick check on the Nuvi however, indicated that we were more like 90 minutes from London. The airline served up a quick breakfast and we were ready to land!

We figured that the worst part of the trip was behind us. Little did we know..... Until then, a view from our hotel room...

This is a nite view. You will probably have to scroll the window to the right to see the whole image.